View from the oval

View from the quadrangle

The Scots College continues to plan for its future, with the construction of the John Cunningham Student Centre. Formerly known as the Stevenson Library, it will deliver essential student amenities and learning spaces with a focus on learning support, student counselling, academic research and professional learning.

The former Stevenson Library building was completed in 1988. It is an imposing, block-like, flat-roofed building, without features or a main entrance. It is an institutional building that is not well suited to a leading contemporary education experience, and is no longer fit for purpose.

Work to deliver these important new facilities is progressing well. The site preparation continues, with the appointment of Rohrig (NSW) Pty Ltd to conduct demolition and piling works.

When: Wednesday 30 September, drop by anytime between 5:00pm and 6:30pm
Where: The Quadrangle (through the main gates in the Senior School campus on Victoria Road)

For any other questions, you may also contact us by emailing jcsc@tsc.nsw.edu.au.

The College buildings skirting the oval are largely correlated either in scale, detailing or texture; Aspinall House is the most detailed and the Lang Walker Business Centre the least. They all address the oval, are porous at oval level, and provide a pathway of travel in a north-south direction, except the Library building which interrupts travel — boys must walk up and use the footpath on Victoria Road.

In practical terms the exterior of the refurbished library needs to be softened and given some surface depth, breaking up the large flat vertical elevations and horizontal profile. We need to allow natural light inside, on all levels, and this calls for very large windows; a roofing profile is also needed that correlates with Aspinall House and the main school building with ridges, gables and hips, yet one which also allows for a roof terrace.

We need to employ an architectural style into which can be read both the heritage of the College and the purpose of this building. All of these challenges and conflicts above can be met and resolved with the adoption of the Scottish Baronial style of the 16th Century and as revived in the 19th Century. Many fine examples exist from Scotland to Canada, Ireland and New Zealand. It has stood the test of time.

It is interesting to note that many of the original examples of this Scottish architectural style were built by the enterprise leaders and entrepreneurs of the era and this reflects the College’s focus on preparing boys for the challenges of the 21st Century.

While the exterior is an authentic representation of the style, the internal fitout will incorporate the latest research into optimal learning environments. The College engaged design firm Veldhoen, global leaders in Activity Based Working, to inform the design of our new and refurbished learning spaces. Veldhoen was also engaged by Macquarie Bank and other major Australian firms. The outstanding results can be seen in the STEM (Science, technology, engineering and mathematics) rooms and the Lang Walker Business Centre.

This Scottish design style highlights significant traits of the proposed student support programs within. The original concept of this style was as a fortified building, a defensible structure, a safe stronghold; in short, a sanctuary. In the Scots context, it embodies a safe place for boys. It is a building looking out for the boys, a lighthouse for them visible from all parts of the College.

The College has been guided by two previous masterplans in recent decades. The 1992 masterplan prepared by Peddle Thorp was succeeded by the 2013-2023 masterplan prepared by Conybeare Morrison. These documents have been opened for public comment and discussion with local government at the appropriate times over the years. At the request of the Woollahra Municipal Council, the College is engaging in a process of further refining and defining aspects of the future plan and has engaged Adair Education and Sport architects to draft a refocused masterplan. Preparation has begun, and we expect the first release for public comment will be early next year.

The 2018 masterplan will build on the existing masterplan and incorporate the changing face of learning, student safety, student movement, disability access, car parking, transport, drop off and pick up zones as well as facilities upgrades.

The current 2013-2023 masterplan details the expected sequence of building refurbishment as:

A summary of the process and plans is available on this page and any questions or initial feedback you might have can be sent to ScotsNeighbours@tsc.nsw.edu.au.

The Stevenson Library building and facilities have aged, requiring ongoing maintenance and offering limited functionality for contemporary teaching and learning practices. This pivotal space is in need of an upgrade to make it a more useful facility for teaching and learning in the 21st Century, with a particular focus on learning support, student counselling, academic research and professional learning.

This project will prioritise the delivery of essential student amenities and learning spaces as well as creating more inclusive spaces by bringing the building in line with NSW Government disability inclusion guidelines. Located at the heart of our Senior School campus, the new John Cunningham Student Centre will not only deliver a state-of-the-art educational facility but also act as a physical embodiment of the College’s Scottish heritage.

The John Cunningham Student Centre will deliver a number of key benefits to students, staff and the broader community, including:

The building has been designed in a Scots Baronial style in recognition of the College’s significant Scottish heritage.

Construction of the new John Cunningham Student Centre commenced in mid December 2019 with the establishment of the works area. Demolition of the existing façade started on Monday 6 January 2020, and it is anticipated this part of the project will be completed by March 2020, when construction of the new building works will commence.

The entire project is expected to be completed by late 2021, and we will continue to work closely with the College community and its neighbours to minimise project impacts where possible.

The changes to the existing building will have a minimal impact on sightlines that are currently enjoyed by these neighbours.

The upgrade will deliver a far more attractive building, particularly for those neighbours with views of its roofline.

The Stevenson Library upgrade is part of the 2013-2023 Conybeare Morrison masterplan. The College has commenced a process of revisiting its 2013 masterplan and this will be part of a separate design and planning process including further community consultation.

The College is committed to keeping the community informed and will provide regular updates about any future plans.

The delivery of an upgraded library building will bring all the information, pastoral care and student support services into one accessible location. It will add significant capacity in flexible space, as well as dining and toilet facilities needed to accommodate students. Importantly, this project prioritises the wellbeing of our students and addresses issues such as poor circulation, access and amenities.

Without first renovating the current Stevenson Library, we would find it extremely difficult to continue operating the school during any future construction of on-site parking or pick-up and drop-off zones.

Changes to the library will also create a new north-south access route through the school, allowing students to move between facilities internally, rather than via Victoria Road footpaths.

Starting our work on a building in the middle of the school grounds also offers respite to neighbours who have experienced the recent development of the Business Studies Centre now known as the Lang Walker Business Centre.

No increase in current student numbers is being proposed as part of the Stevenson Library, now John Cunningham Student Centre upgrade.

The Scots College receives no government funding for capital work and therefore when building work is undertaken it must be funded from either donations or bank loans. As a not for profit there is limited capacity for bank lending and therefore the College will fund the majority of the upgrade through fundraising and donations.

As part of the approved plans there will be opportunities for formal and informal consultation. In addition, the College will actively consult with the community throughout construction.

You could choose to:

The Scots College welcomes constructive feedback on what we can do to improve, to make the construction process better for our community. Please email jcsc@tsc.nsw.edu.au and a member of the College staff will get back to you promptly. 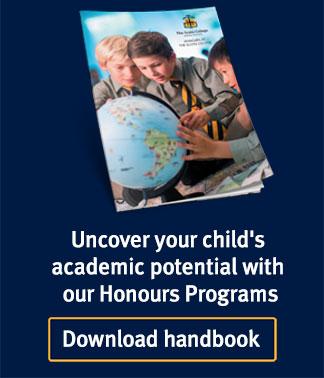 What others are saying

"My experience at Scots has been about making connections with my mates and their families; not just going to a school to memorise text books and win awards. Scots is a place with rich opportunities; here I have discovered who I am and how I can best help the community."
Joshua Stevens, Year 12 (2016)

"Being a Scots boy means having a sense of pride and integrity. Being Head Prefect will be the most memorable experience of my time at Scots, because it gave me a chance to leave a positive mark on the College that has been such a big part of my life."
Harry Foxton, Class of 2011

"Being a Scots boarder has given me the opportunity to experience the wide variety of cultures that are a part of the Scots community. Boarding has also developed in me a strong sense of independence and I leave Scots with the knowledge that I can overcome any challenge I encounter in the future."
Kyol Blakeney, Class of 2011

"When I arrived in Australia I was concerned that my English wasn't strong. Being a part of the Scots community, I was encouraged to get involved and as a result I became more confident in speaking the (English) language. I now have the confidence to be the man that I want to be."
David Lin, Class of 2011

"Attending the same College as my father (Graham Bursill, '59) has enriched the bond between us. The world today demands that people have the ability to adapt to new challenges. The College offers a wealth of experiences that are invaluable in meeting these challenges."
Jackson Bursill, Class of 2011

"I have been very thankful to attend such a wonderful school. Scots has given me a greater appreciation of what I have. Scots is in a prime location (can't get any better), provides Glengarry, which is amazing and I have been able to board with so many students from different walks of life. I've loved it!"
Henry Lavender, Year 12 (2015), Fairfax Boarder

"What I love about the learning program at Scots is that it is tailored just for you!"
Daniel Bullock, Year 6 (2015)

"What I love about Scots is the depth and breadth of opportunity. Somewhere in the great range of subjects, co-curricular and sport activities provided... there is a place here for everyone."
Mr Richard Blackett, Housemaster, Latin, Ancient History, 50 years of service